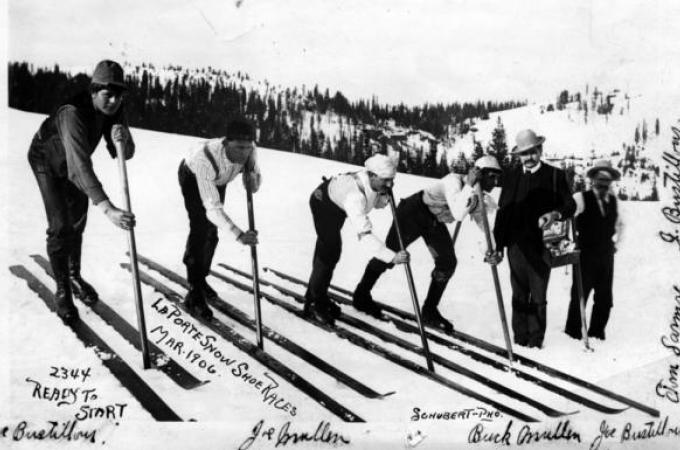 Eighty-eight miles per hour! No speed record you say? Try telling that to Cornish Bob, the world's first champion speed skier. It was near La Porte, on the snow-covered slopes of Lexington Hill in February of 1867 that he fairly flew to victory over the 1,804 foot track on twelve foot long wooden skis. Using the magic "dope" concoction of Bill Church, Cornish Bob covered the distance from a standing start in fourteen seconds, leaving his competitors far behind.

"Norway skates," or skis, were first introduced to the mining camps in 1853. Due to the remoteness and altitude of the Plumas and Sierra county camps, skis were the perfect vehicle for winter transportation. Sporting fellows soon began racing and the following year Hugh "Buckskin" Porter began turning out a lengthened and improved version at his Saw Pit Flat workshop.

In 1861, the first organized ski club races were held at Onion Valley, between Quincy and La Porte, giving birth to the sport of downhill ski racing in the western hemisphere.

For the next twelve years races were held between various camps such as Onion Valley, Saw Pit, La Porte, Howland Flat, Port Wine and Gibsonville. In late 1866, the Alturas Snowshoe Club was formed at La Porte to reinvigorate and to bring about a modicum of respectability to the sport. In February, 1867, they held their first formal race and It wasn't until ten years later that a similar ski meet was held in Norway. For the next twenty years or so, organized meets with fifty or more participants, 500 spectators and purses of $500 to $1000 were held. The racers, representing their towns, made the winter circuit from La Porte, Johnsville, Jamison City, Poker Flat, Sierra City, Monte Cristo and smaller camps.

The skis these early speed demons rode were commonly called "snowshoes" or "longboards" and were constructed of tight, vertical-grained Douglas fir. The skis were shaped with planes, the groove on the bottom with a special "grooving" plane, and the tips bent by a long steaming process. Traveling skis were generally eight to ten feet long, while the racing skis were a minimum of ten feet and might reach an unwieldy length of fifteen feet! In both cases however, the binding consisted only of two pieces of leather attached to the sides with three or four holes on each side for lacing tight. A small block of wood was attached to the ski to hold the heel in place. For starting and stopping, a six foot long single stout pole with a wood block at one end was employed. Starting was accomplished by making three or four strong lunging thrusts, while stopping was a matter of sitting on the pole to apply pressure, creating a drag and at the same time, a spectacular "rooster tail" of snow.

Although a strong start is definitely a plus in this style of racing, the wax or "dope" applied to the base is equally or more important. The recipes to create these substances were closely guarded by the dopemaker, and even today, though the recipes have been handed down, the cooking times were not. Materials used in the brewing of a batch of dope included spermaceti, a waxy substance from the brow of the sperm whale, oil of cedar, Venice turpentine, oil of tar, wintergreen, soapstone, balsam of fir, pine pitch, and in one instance, melted Edison cylindrical records! The speeds the dope produced led to slogans such as "Sierra Lightning" and "Dope is King!"

The early generations of longboarders continued the sport until the last race in 1917. During the 1930s there was a small revival, then a much stronger one in the 1950s, another hiatus, and now the present revival, started in 1990. In the spirit of the 19th century racers, three longboard races are now held annually at the Plumas Eureka Ski Bowl at Johnsville. The racers must be dressed in period style clothing, and only dope from authentic recipes and ingredients may be used on the skis. As in the original races, they are gender based, and participants must climb the hill on foot to the starting line. Once a squad of three to four racers is lined up and poised, the gong is sounded and the race is on. The strongest start and the straightest line (along with the best dope and best balance) generally determines the winner. 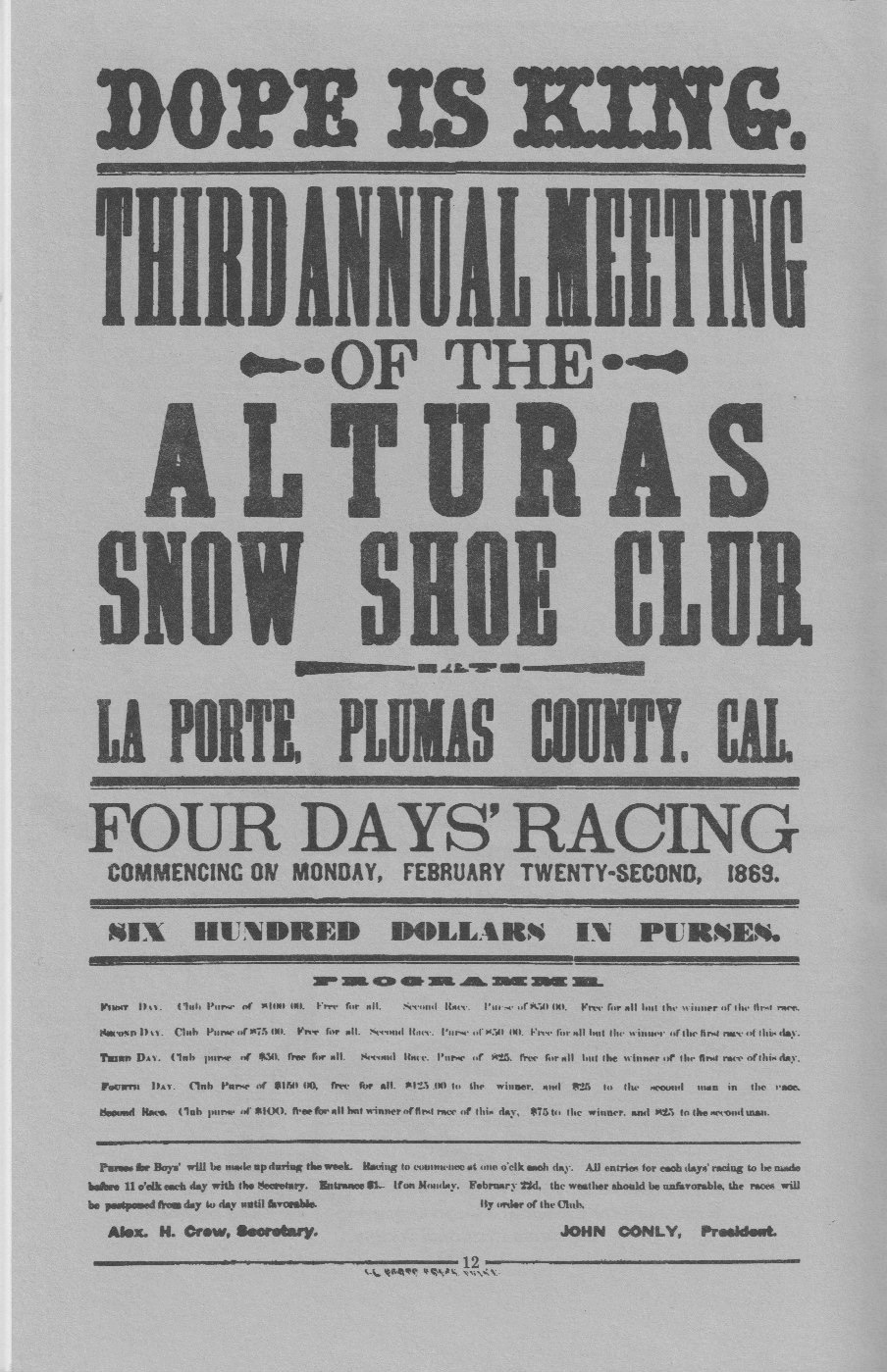 The public is invited to spectate and participate in this family style entertainment. There is a nominal charge to race. For more information email the Plumas Ski Club email@plumasskiclub.org or call the Plumas County Museum at 530-283-6320. 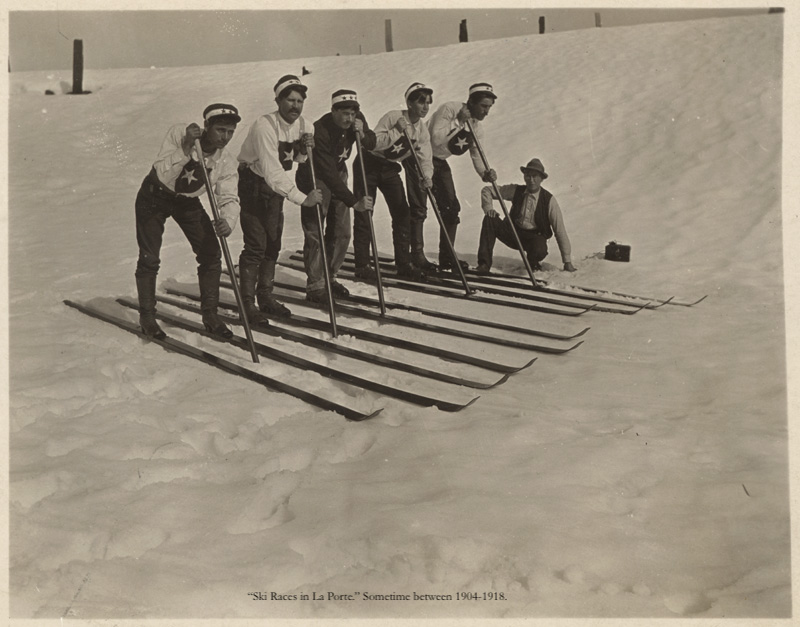 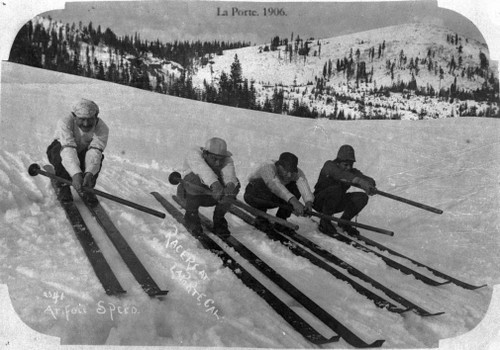 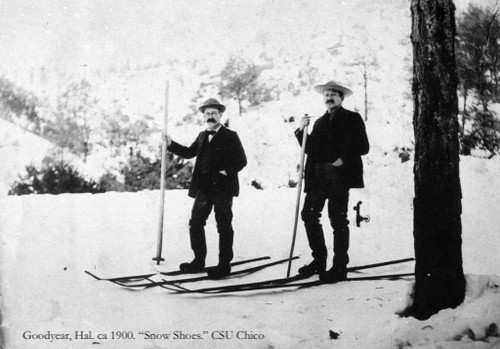 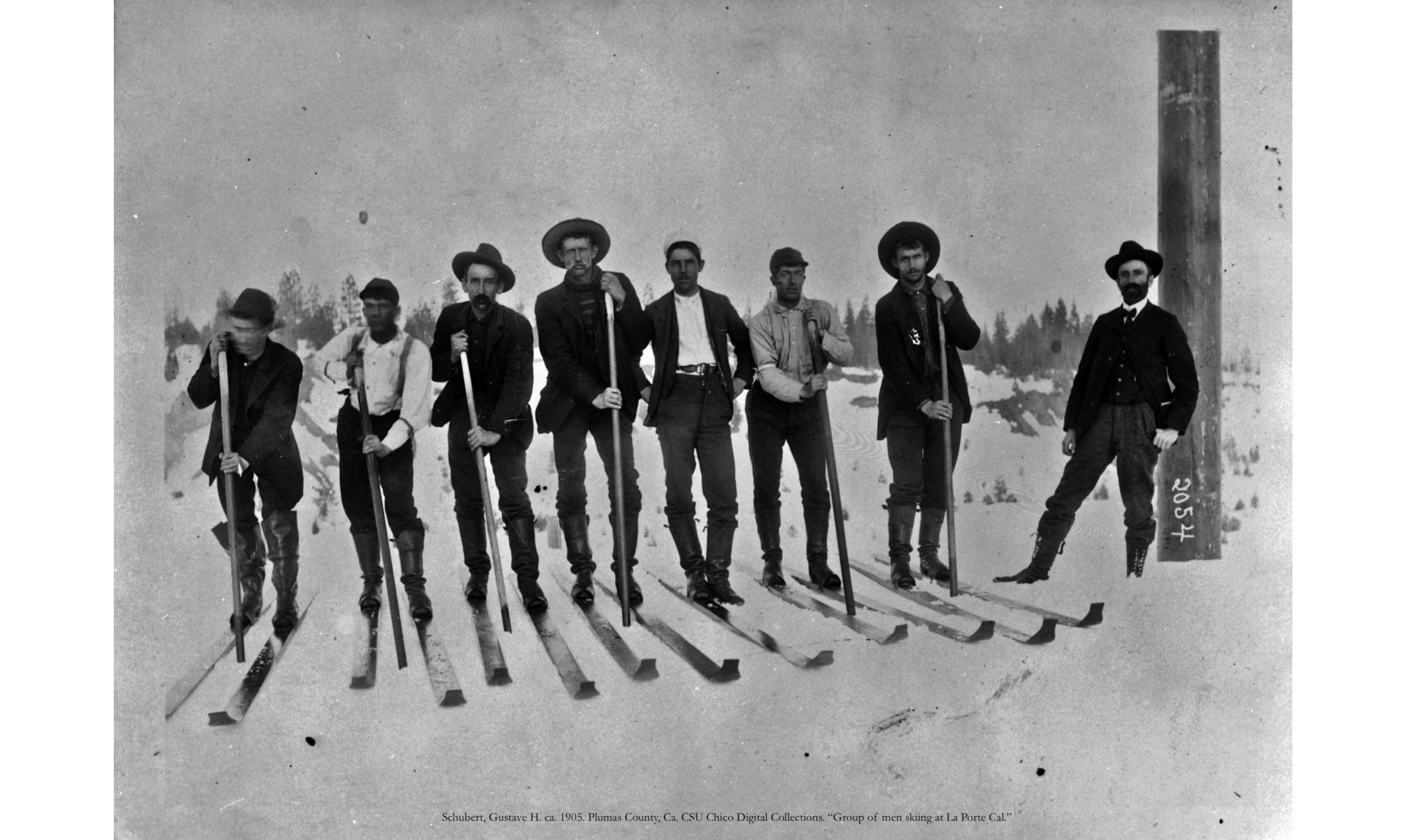 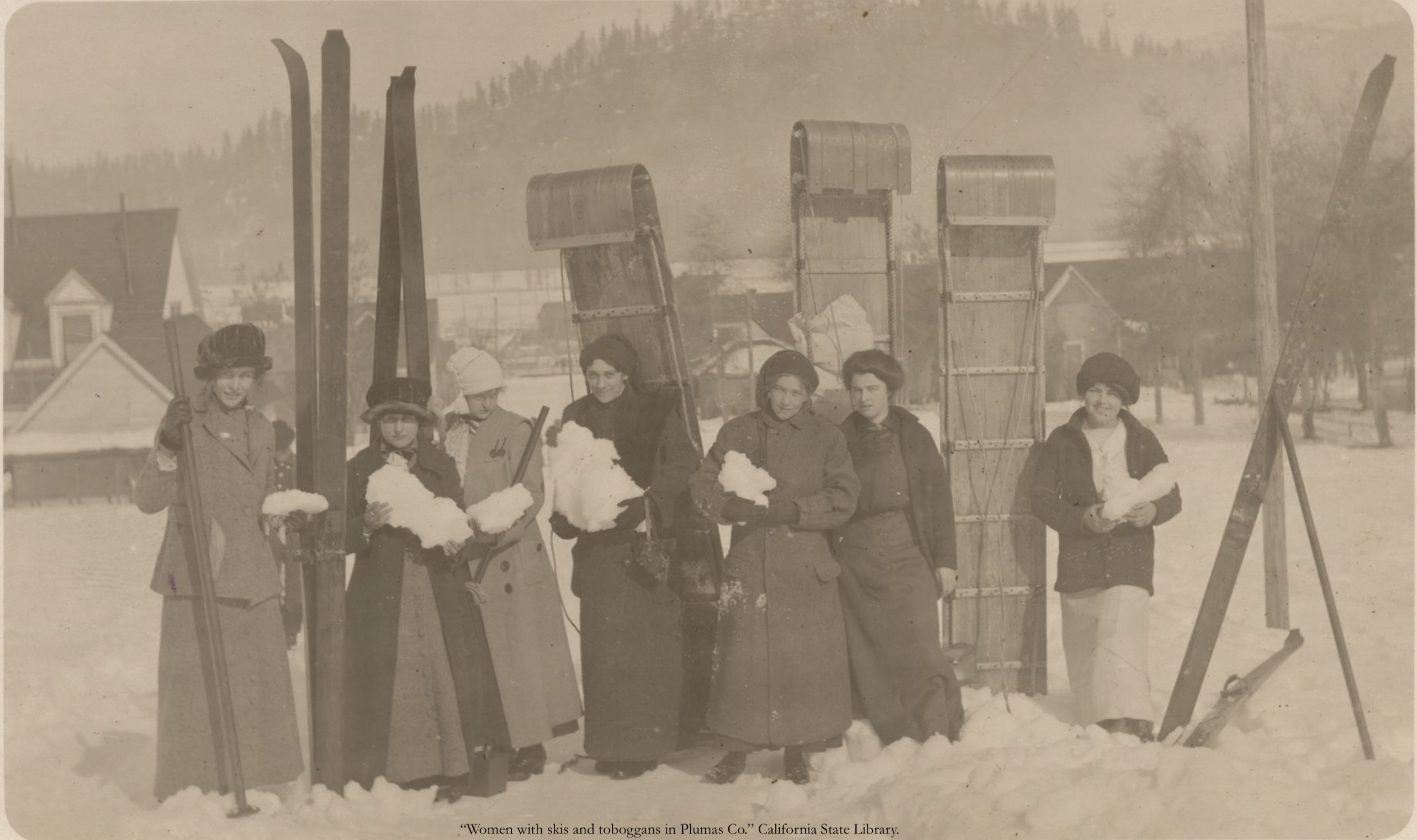 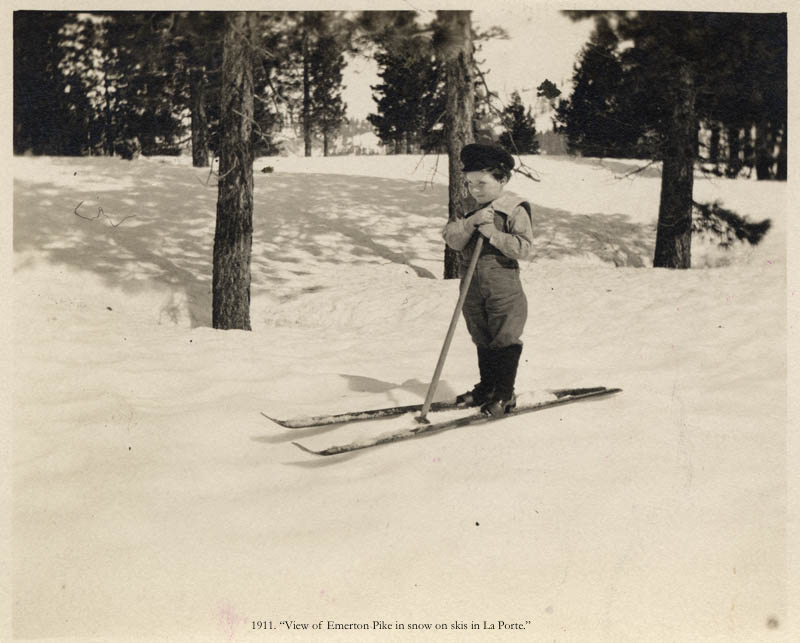 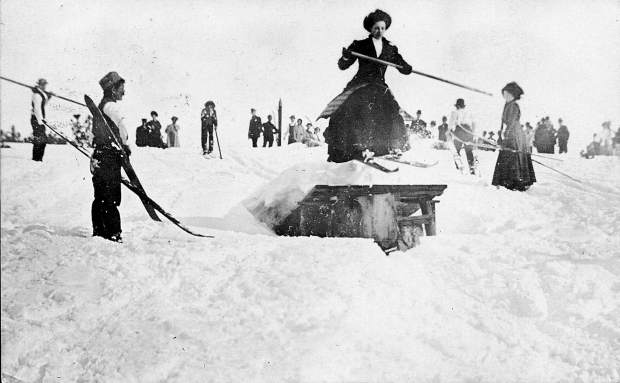 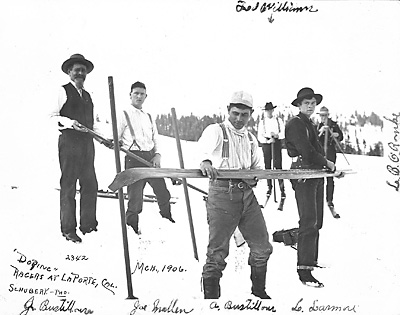 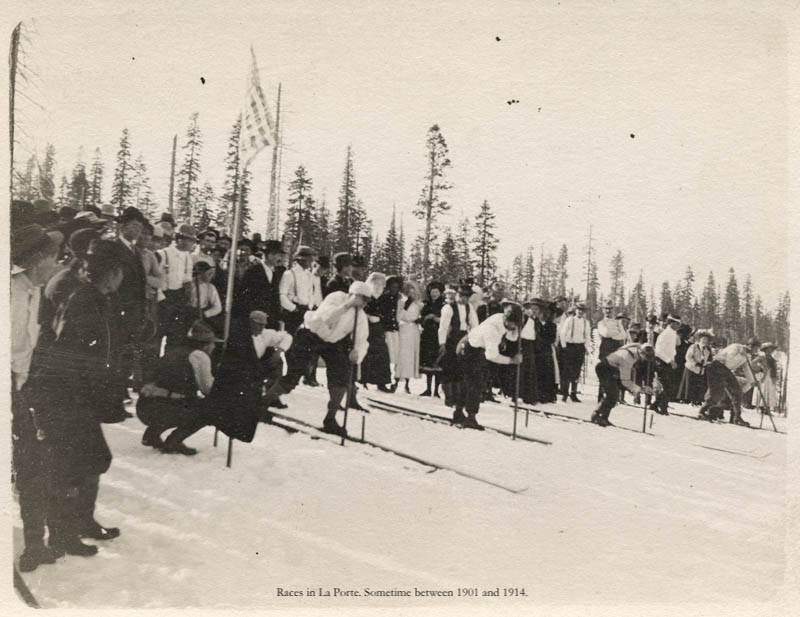 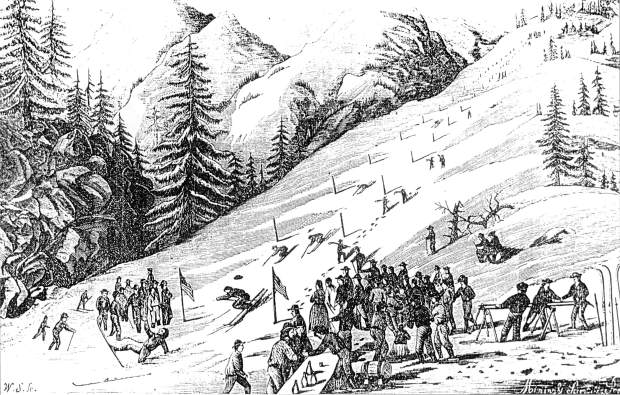 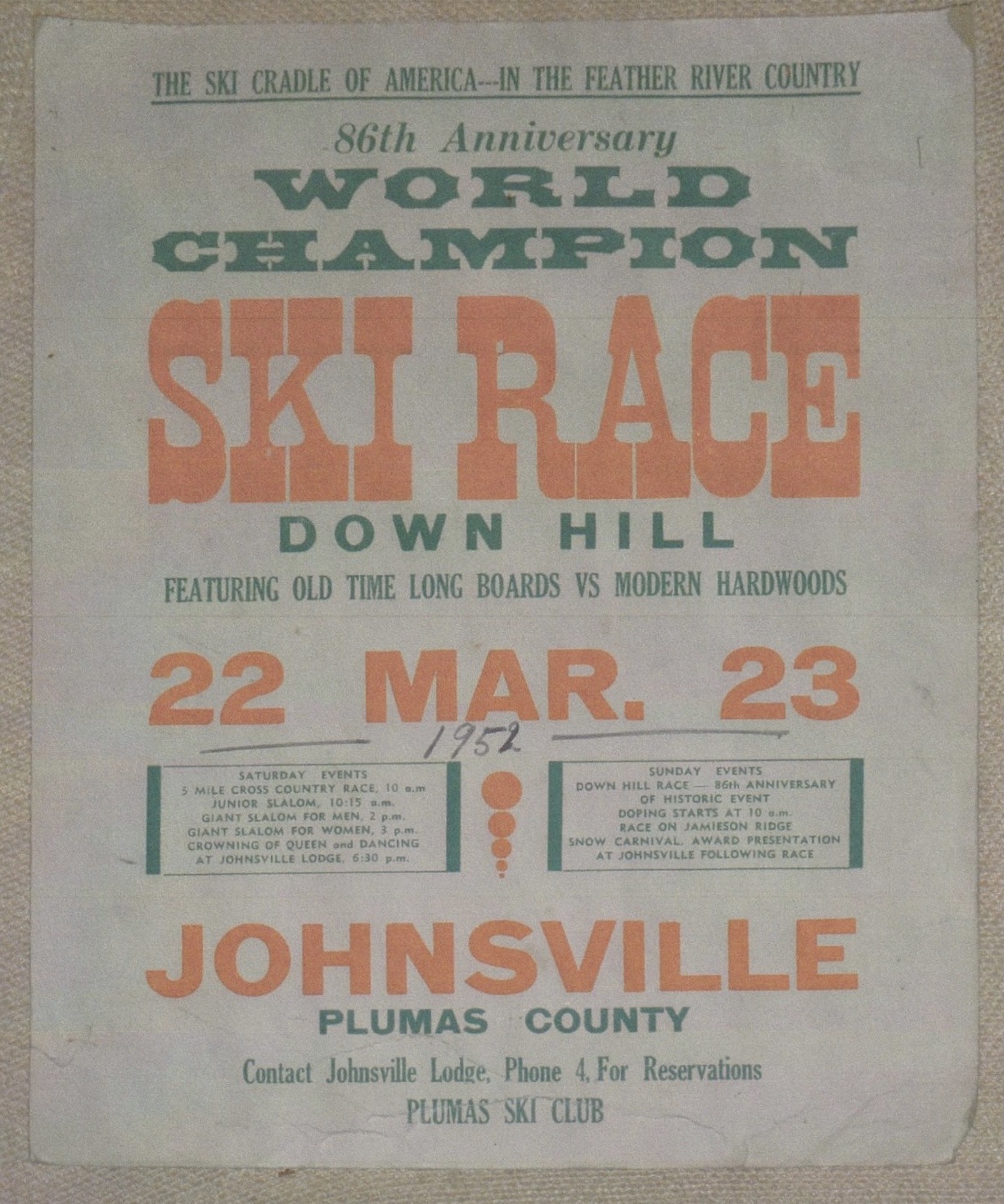